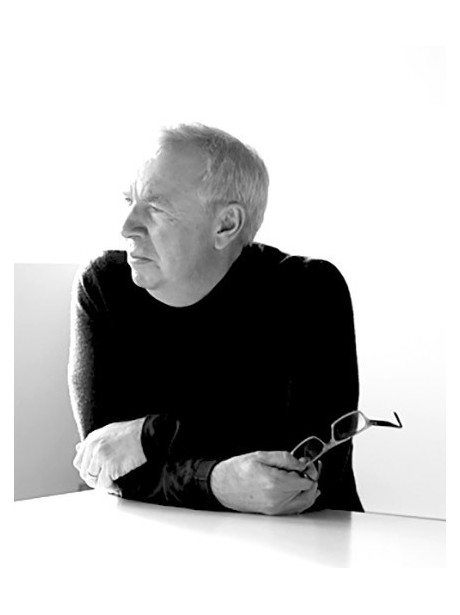 David Chipperfield is an English architecte who works in the world. He had his degree in 1977 from the Architectural school of London and started to collaborate with Norman Foster or Richard Rogers before to create his own agency in 1984. His journey in Japan counted a lot in his work. With 3 agencies (Milan, London and Berlin) and more than 250 employees, architect with refined precised style and minimalism, his renown is today international.

One of his more significant projects is clearly the Neue Museum of Berlin, a building from the 50's that David Chipperfield made the renovation in 1997. The sense and the logic from the old building, destroyed by the second World War, were conserved and restored with accuracy. In this reconstructions, the big stairs, monumental and refined, of the entrance of the museum became a symbol of the new life of this place, all at once powerful and sober. David Chipperfield kept the old features of the building too like the metallic frames from the first architect, Friedrich August Stüler in 1855.

« The difference between good and bad architecture is the time you spend on it. »

« There is a danger when every building has to look spectacular, to look like it is changing the world. I don’t care how a building looks if it means something, not to architects, but to the people who use it. »

« Often, architects work too hard trying to make their buildings look different. It's like we're actors let loose on a stage, all speaking our parts at the same time in our own private languages without an audience. »