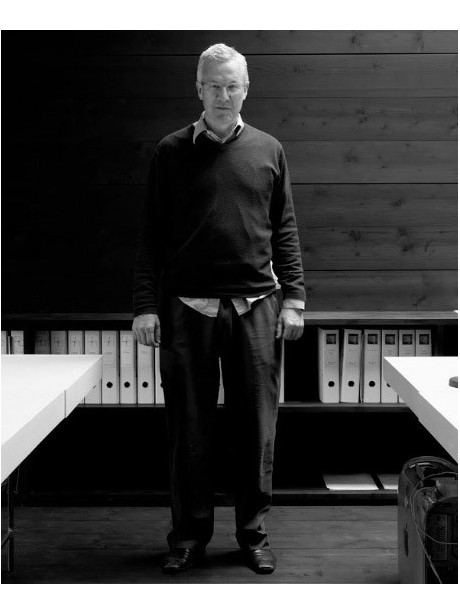 Valério Olgiati, a swiss architect trained at Federal Zurich polytechnic school is a discreet figure of architecture. His monolithic work and his detail sense give to his work a minimalist and emotional shape. After living and working during few years in Switzerland and Los Angeles, he opened in 1996 his own studio in Zurich. He preaches a cultural architecture and without fundamentally no-contextual, non-political and not referenced. He doesn't matter about prior studies and existing typologies but he values experience in the conception process.

The Yellow House (1995-1999) is a reconversion project which took the name of the old color of the building. Valeria Olgiati conceived a facade in breach with the traditional character of the house and transformed it in an abstract and enigmatic white prism. The thickness of the walls and of the invisible from the outside joineries give a lecture in hollow of the volume. The enigmatic character is increased by the coexistence of the immaculate white which covers uniformly the facades and walls, and the irregular texture.

« I don't want people to understand my buildings at first glance, they must use their intellect »

« I consider every building as a single theory »

Details on his work